I’ve had the Apocalypse on my mind for quite some time now. Ben sent me a text Thursday night: “What do you think about the Apocalypse?” My reply: “Probably ski like shit?” 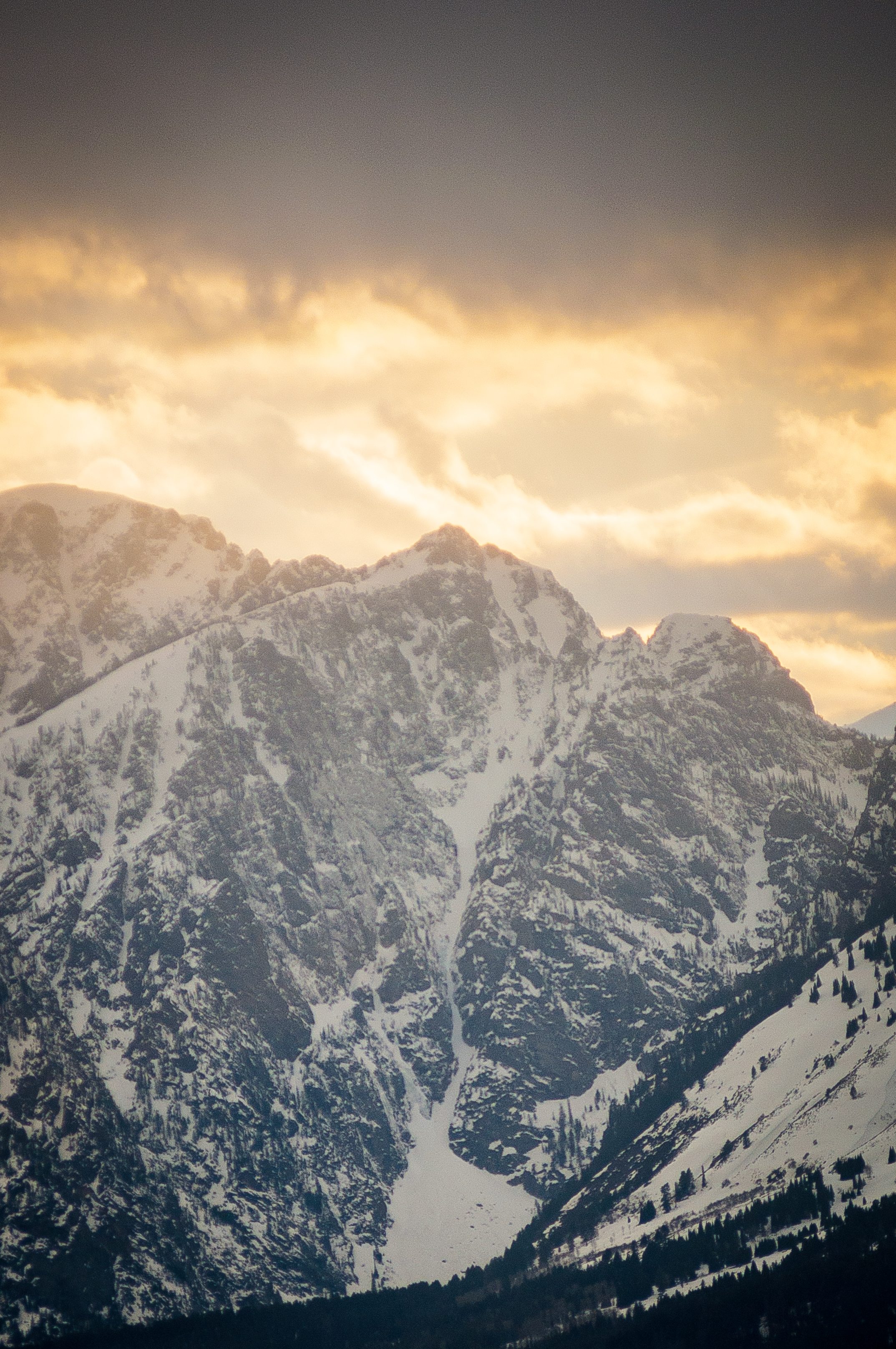 The thing about the Apocalypse is that you can’t really know until you go. With a couple rappels down into the couloir proper, once you commit, you are committed. Although one could boot up the couloir to determine snow conditions, it seems like that style is a bit out of fashion these days. With a lot of sunny aspect hangfire above, booting up is putting yourself in the line of fire for a little longer than is safe. Additionally, the couloir is popular enough that I wouldn’t want to take the chance of booting up under a party skiing down.

Luckily enough, I talked to another friend later that evening who had been in the Apocalypse that very day. “Go tomorrow, it will be good,” he tells me.

And it was. A perfect window of weather, partners, and weekday (who doesn’t like having increased odds of not having to share a line with another party?) set us up for success.

Ben R, Ben G (Benja), and I (Ben J) groggily met up at the Gros Ventre Junction at one of those ungodly hours. Knowing the day was going to be warm and sunny, we opted for an early start, hoping to get off the mountain before those aforementioned sunny faces that could slough into our line got enough heat to actually slough into our line.

Four hours of not the easiest skinning (refrozen icy skintrack) brought us to the top of the route, where we were able to peer down the narrow rock-choked chimney that leads to the skiing. 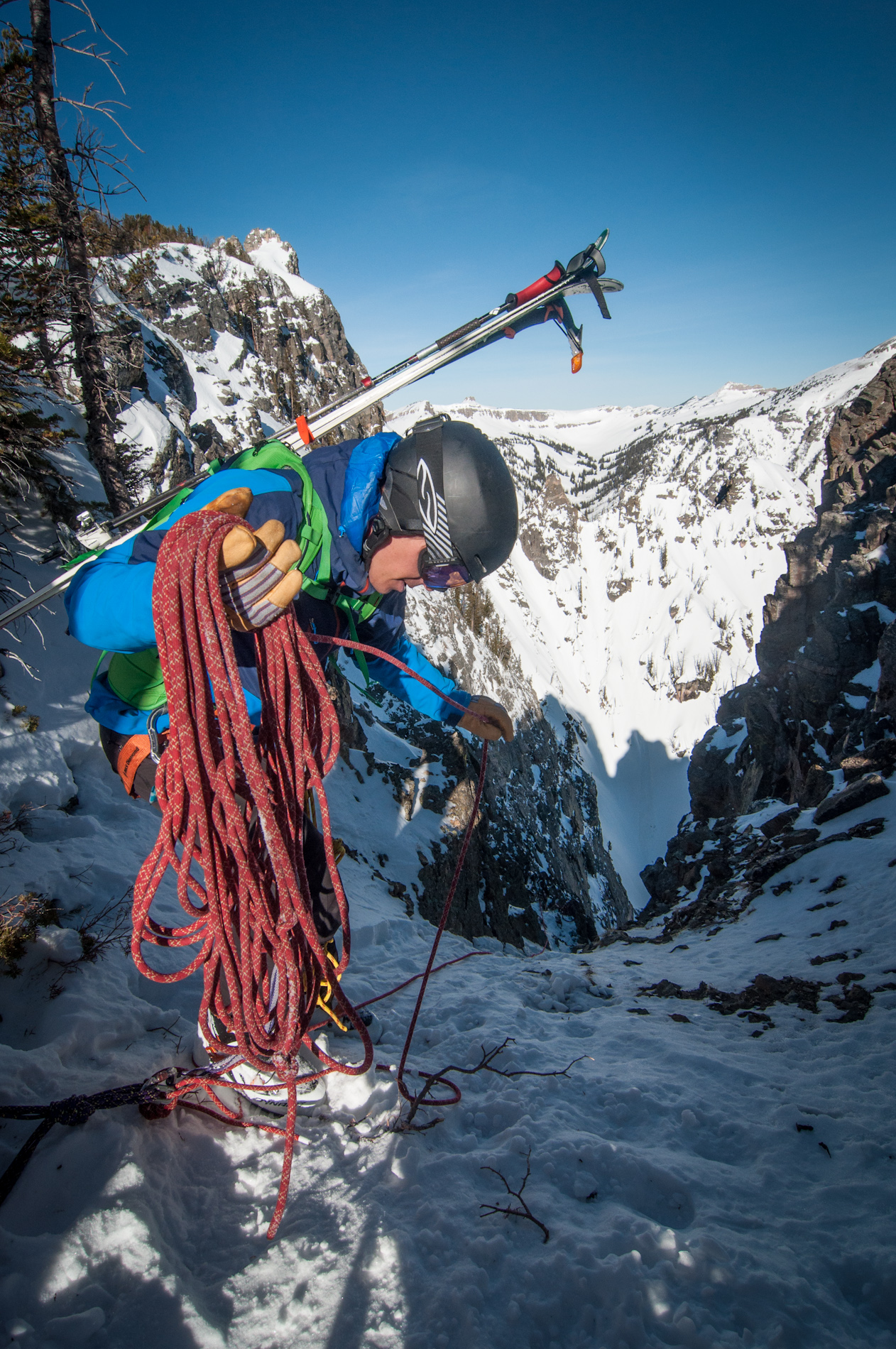 Three raps and a little downclimbing on snow brought us to “the cave,” a perfect spot to transition to skiing on the moderate first pitch of the ski. 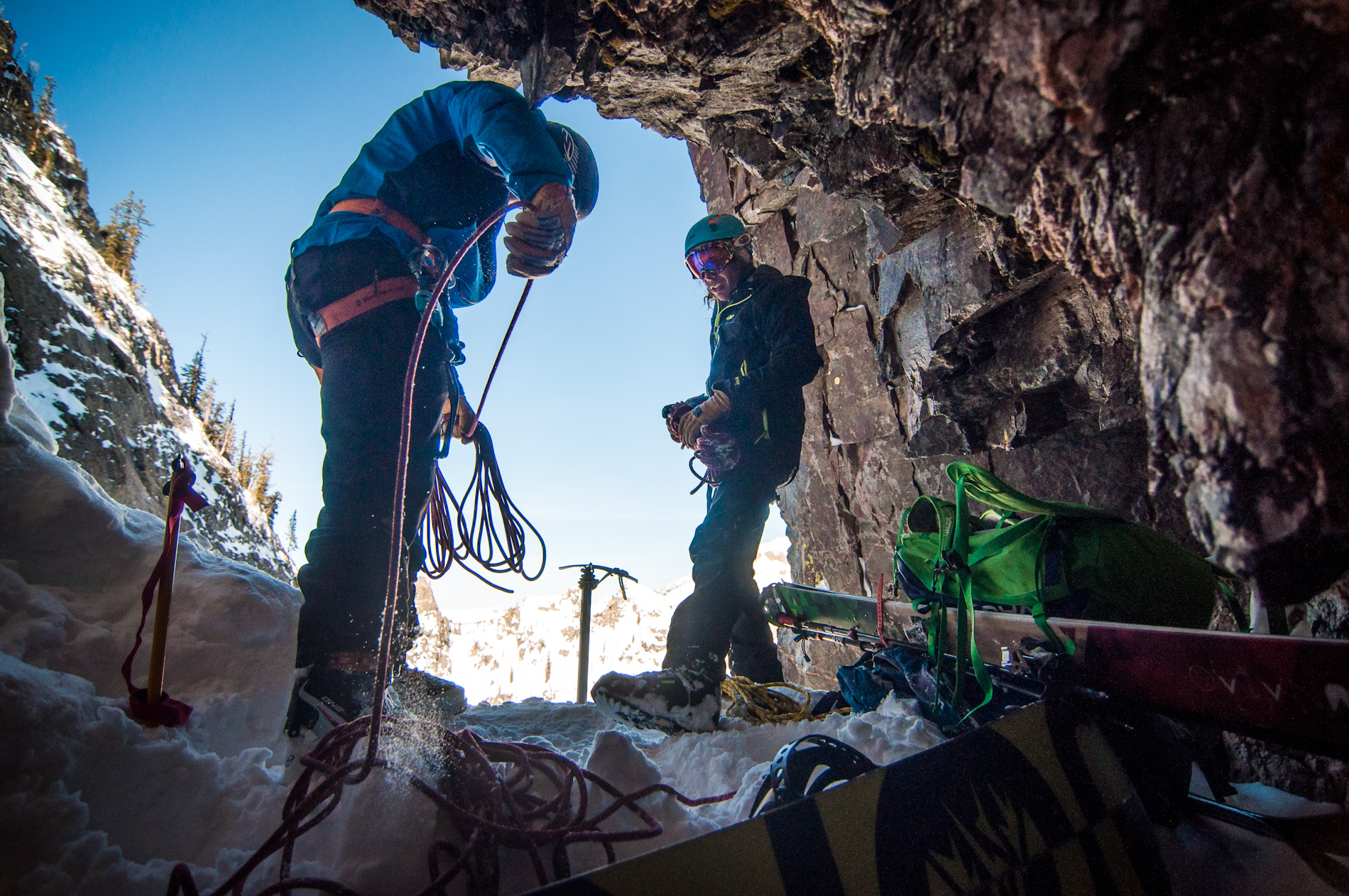 As we gathered up at a safe zone below, the pitch in front of us narrowed and rolled over, out of sight. The “Elevator Shaft” pitch as I’ve heard it called. I’ll let the pictures do the talking, but this was the favorite skiing for all of us.

The “Elevator Shaft” empties out into the wider main body of the couloir, where the potential for sun-softened snow falling from above can become a concern.

We kept moving downward, toward the lower crux. The lower crux is what really makes the Apocalypse special. The couloir chokes as it passes through an icefall. Curtains of blue ice, right next to you, as you ski by.

Shitty skiing on old debris and baked surfaces brought us into the sun, and on our way back toward the trailhead. Happy to get out and accomplish a big objective that’s been on my “list” for a while now. And with a crew of Bens!

0 comments on “TR: Apocalypse Couloir”Add yours →