Inevitably, the fire will die down over the course of the evening. I am still bundled up in a sleeping bag, not quite wanting to unwrap myself from it’s warmth, yet wanting to reinvigorate the glowing coals that remain in the woodstove. An early morning hue of blue is cast through the two windows of the cabin, one at each gabled end of the building. Enough light that I can see the basic shapes of everything in the cabin, but not too much light, as I can still see there are embers in the fireplace, an orange glow emanating from behind the sunset adorning the stove’s glass door. 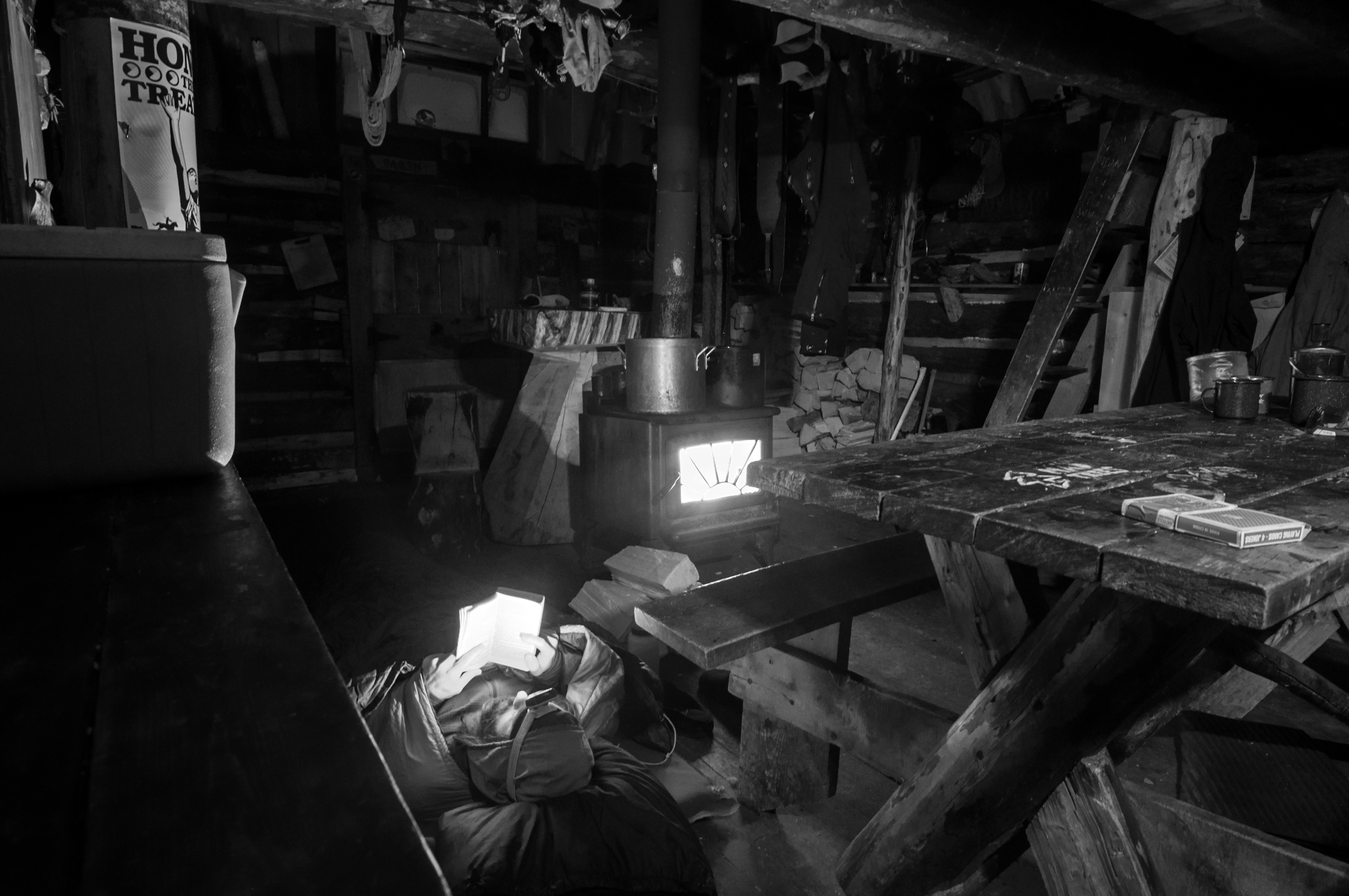 Unlike a recently stoked wood stove, this one is not sending flickers of orange around the room, the wood inside does not cackle, and the pot of water of water on top does not hiss. Soon enough though. People stir, wood is added to the stove, and the big front door knocks and creeks as it is unlatched and opened, squeaking on old hinges and scraping against the worn wood floor as someone heads to the outhouse.

This particular day, though not unlike any morning previously spent waking up in this place over the years, is New Years. We add speckleware mugs, red ones and blue ones, to the surface of the stove, warm water out of the large pot that acts as our snow-melting vessel. The large pot goes to the floor next to the stove, making space for the cast iron that will slowly heat until it is ready to sizzle with the ingredients of our breakfast.

Like staying up to midnight to count down to the New Year, shuffling your hand of cribbage the same way when dealt, or going through the sequence of a Sunday mass, rituals are those things we do to ground us in our culture, and this morning is no different. 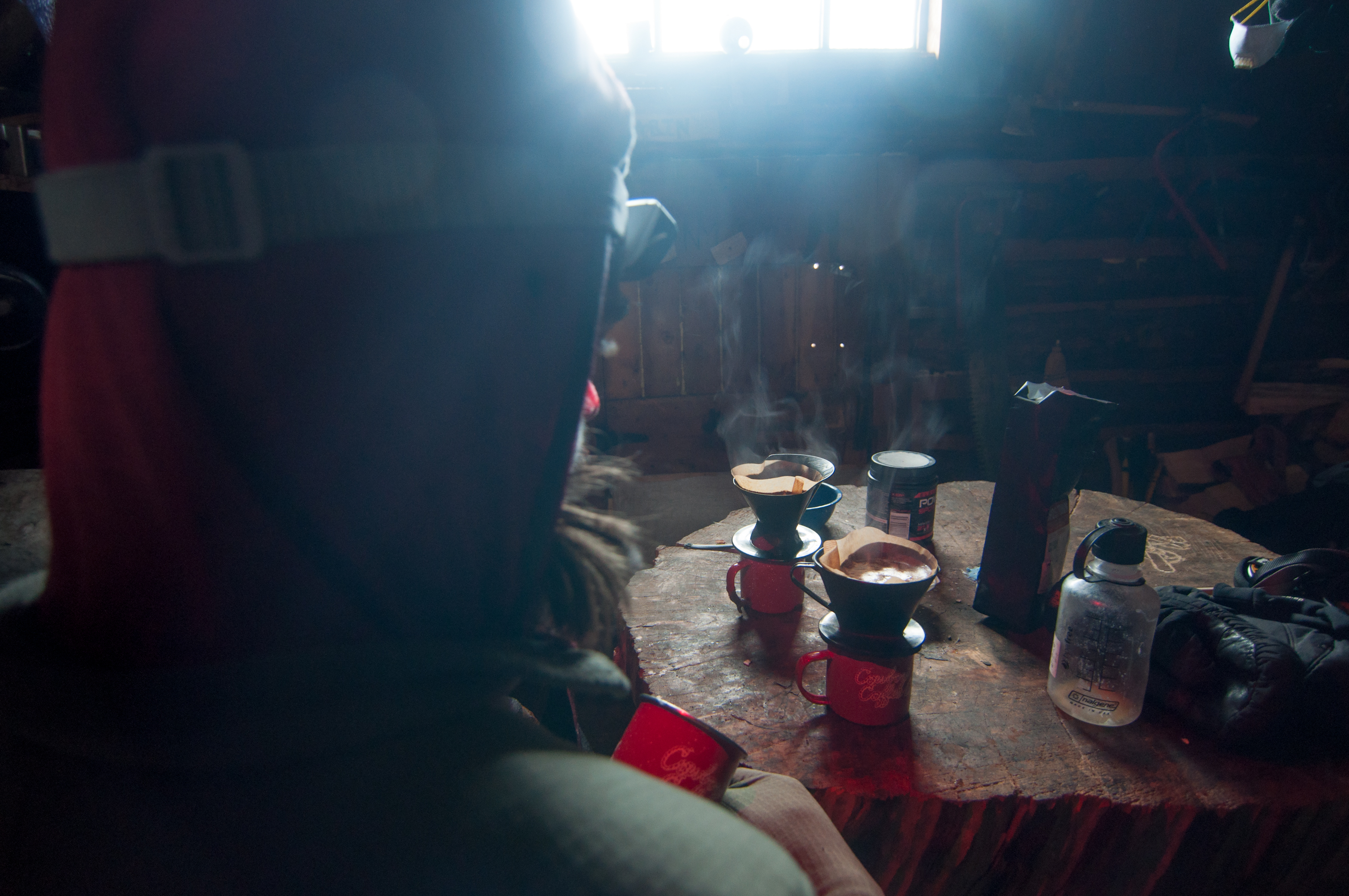 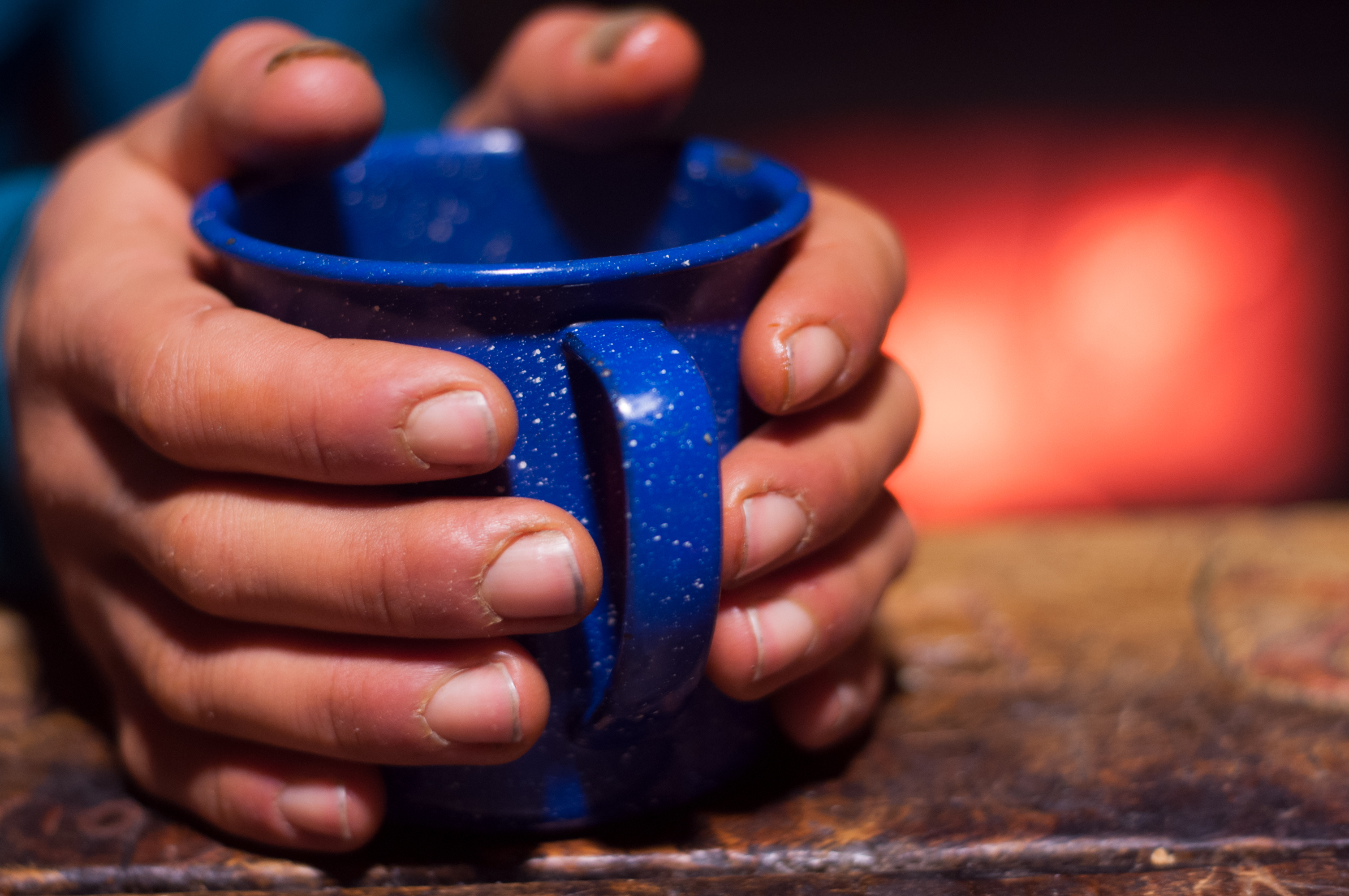 I’ve sat by this wood stove many mornings over the years, observing the rituals of my ski partners. Scribbling in journals, moving gloves closer to the fire to warm, getting a backpack ready for a ski tour, brushing teeth, stretching, making coffee.

I’ve never been much of a coffee drinker. I drink it when I’m here. It’s not that it tastes any different elsewhere, but there is something about the ritual of coffee that attracts me. I started not drinking coffee in college, though I never really drank it much before then either. That’s just when everyone else really started drinking the stuff.

Out here at the cabin, coffee is a bit of a process. Everything is a bit of a process, with the absence of many modern conveniences so often taken for granted. The simple actions of grinding coffee beans, flipping a switch on a coffee maker, boiling water for a French Press, or even exchanging a handful of quarters for a ready to drink cup of the stuff aren’t even possible.

Wood has to be chopped. Fire has to be started. Snow has to be melted. Water has to be boiled, and hot water has to be poured over a couple scoops of the grounds. Disregarding the fact that the coffee itself was harvested on, and transported from, another continent, the ritual of morning coffee at the cabin is one where us human folks must engage at many steps along the way. It’s something we get to do out here, with the lack, not only of technology, but of our normal distractions. So we put our energy into what we have in front of us. Fire, food, water. New Years reflections, haiku-writing, ax head refitting, reading out loud. Oh, and skiing. 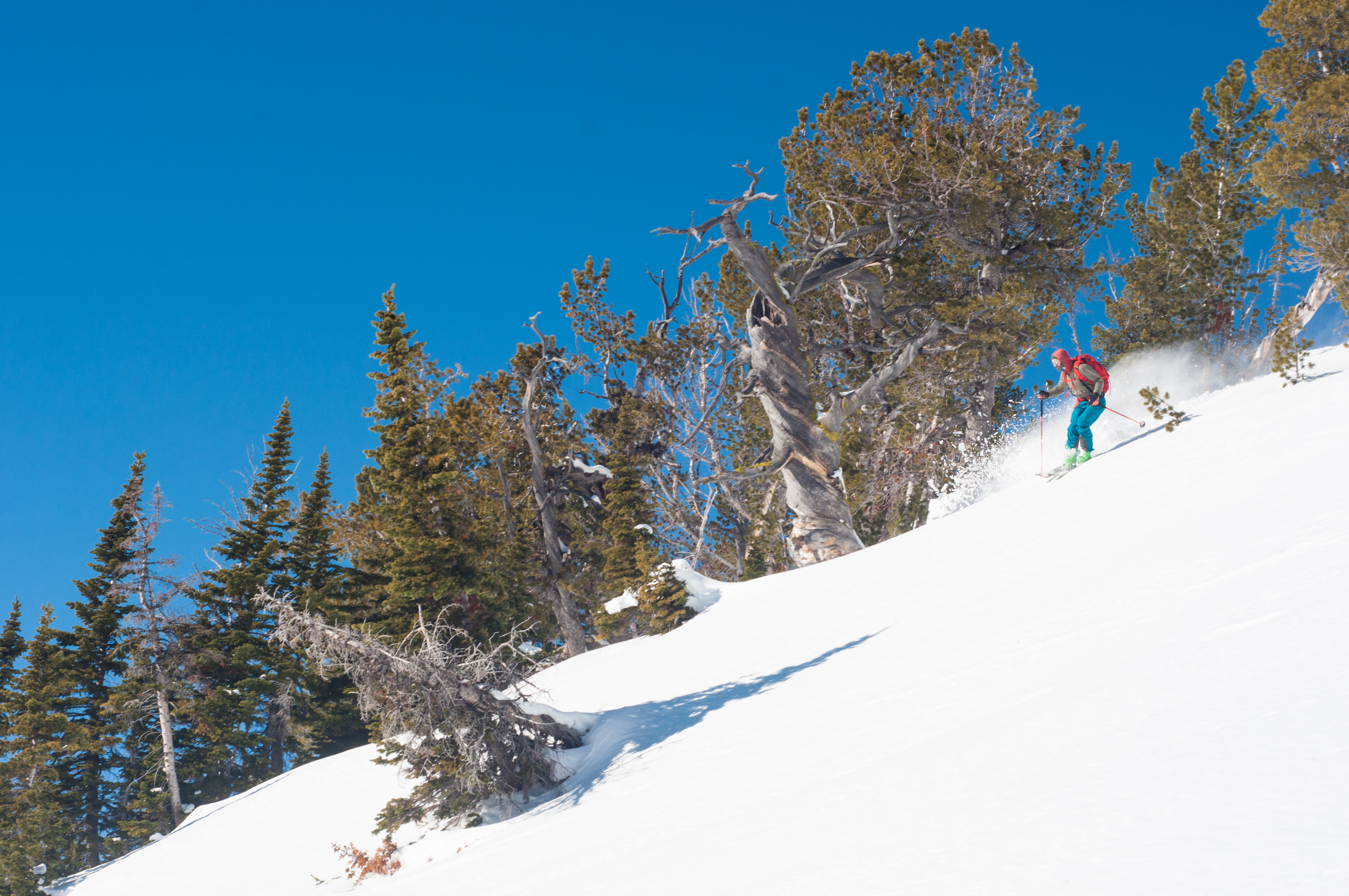 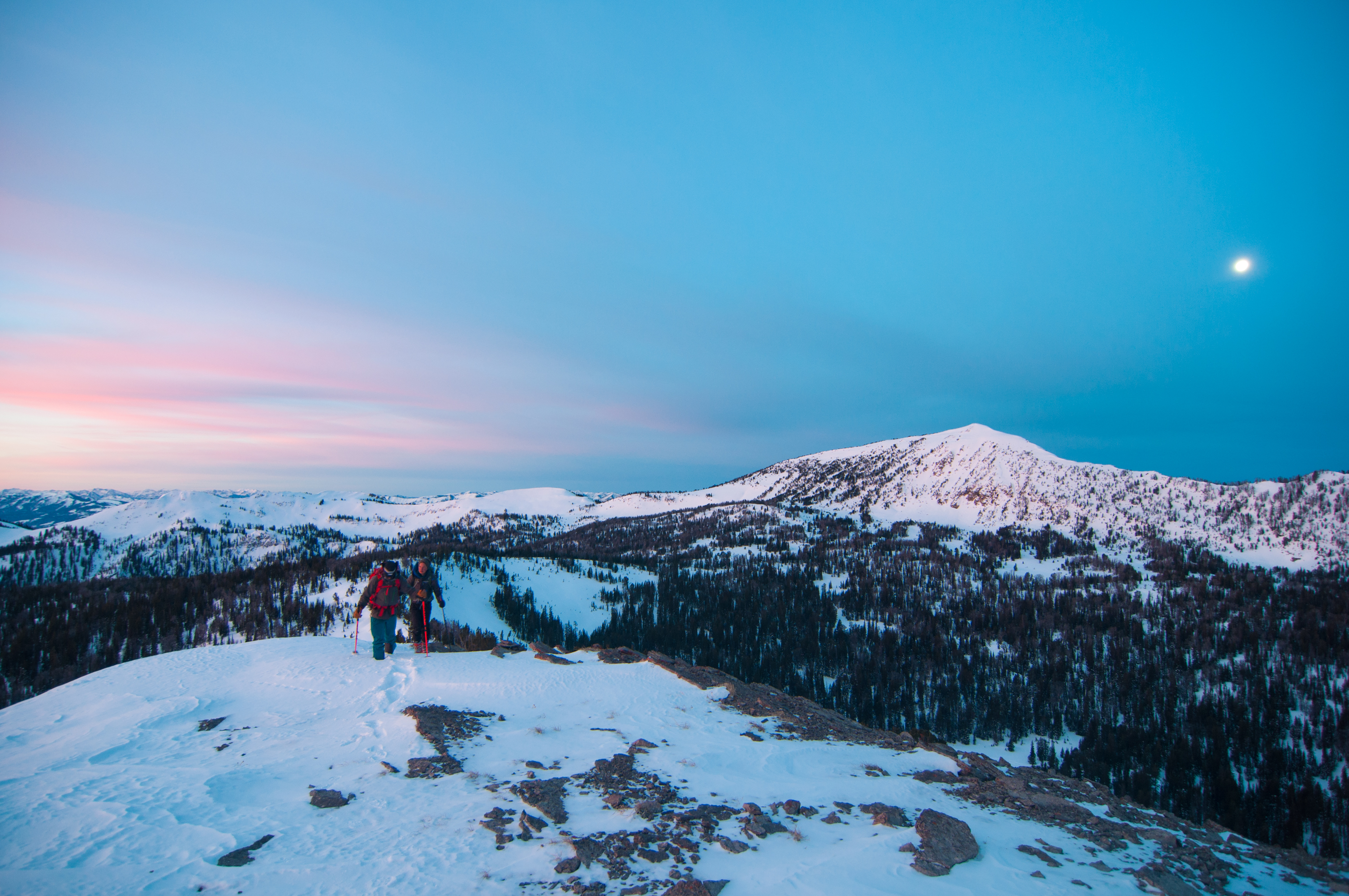 Out here, life seems better. It is simple and it is intentional. The intentionality is partly forced by the circumstance – spending the New Year in sub-zero temperatures at 9,500 feet at a cabin with no water or electricity, and only having what is already there and what we can fit on our backs.

Back in the real world, the one with cell phones and grocery stores, coffee shops and social media, highways and a power grid, we must not forget that intentionality and simplicity we may strive for in our lives. There are a lot more things to distract, but time at the ski cabin reminds me what is necessary to live, what luxuries are too easily taken for granted, and of the intentionality I strive for in my life.

It is a New Year. Though any and every day is just as good as January 1st to reflect on what is important, what makes one happy, and to examine the goals one has in front of them, it is the quiet sunrises overlooking the Gros Ventre Wilderness, the cold nights out under the moon, cooking dinner in a big cast iron skillet with friends, and the conversations had in front of the wood stove or over coffee that ground my life in purpose and intentionality.

We sweep the cabin floor one last time, making sure the door shuts tight behind us, and begin skinning toward the ridgeline and the slopes that lead back to our busy lives. There are emails, text messages, and news that we have missed while we have been away, usually to little consequence. There are friends and family to catch up with, showers to be had, laundry to be done, and jobs to return to. Though we walk away from the cabin, we never really leave the cabin, taking with us and embodying so much. 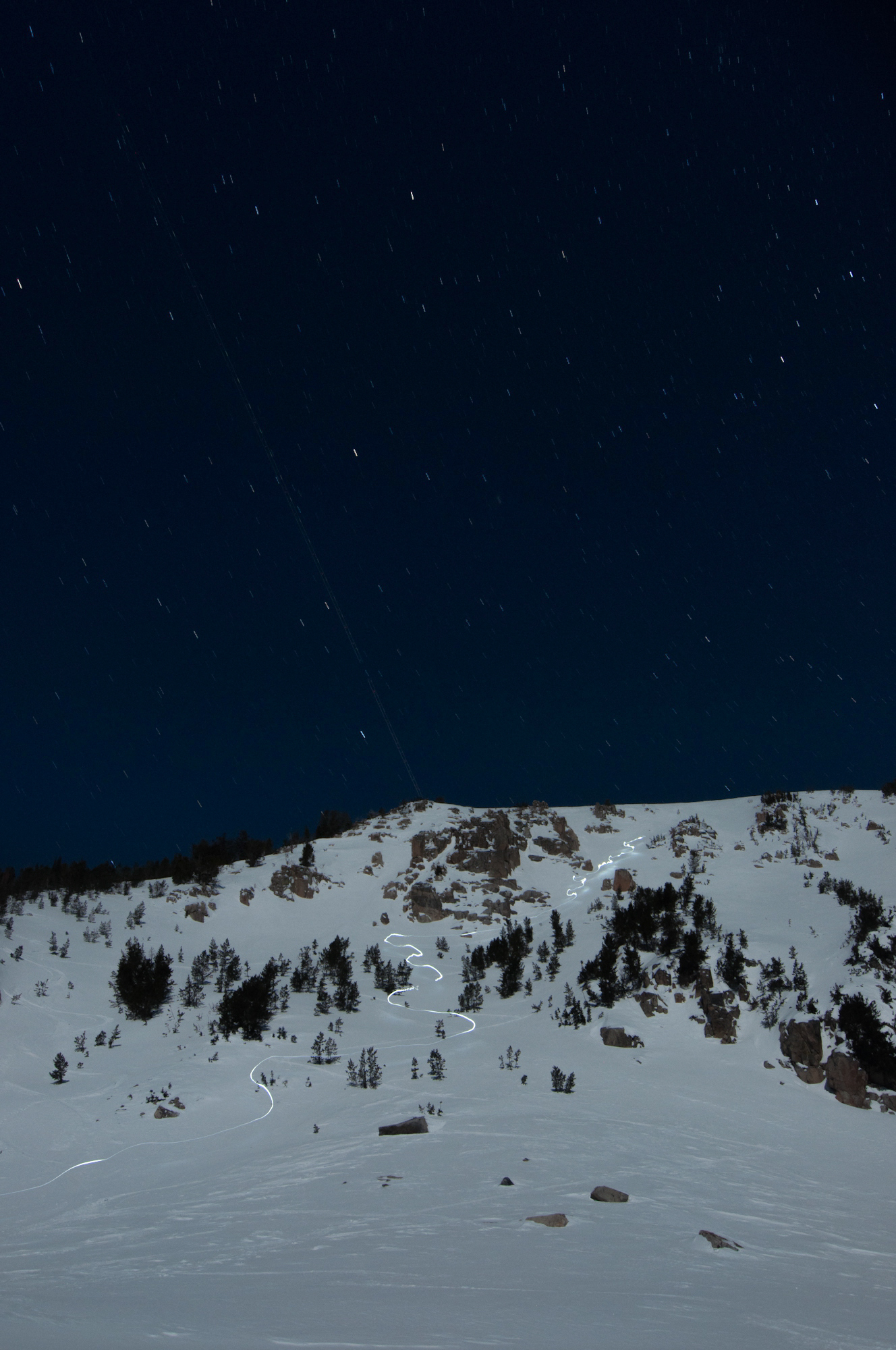 0 comments on “Ritual – Not another trip report”Add yours →